Teach you how to arrange studio lighting

How to set up light is an important part of the studio lighting. The studio also has great requirements for lighting during the shooting process. Professional lighting engineers can debug and beautify the lighting to achieve a better picture effect. Today, I will let you know about the lighting arrangement of the studio.

The lighting layout of the studio must first determine the area of ​​the studio. Generally speaking, large studios above 300 square meters, medium-sized studios between 100 and 300 square meters, and small studios below 100 square meters. Secondly, the lighting technique should be selected according to the type of studio, such as virtual studio, real studio, interview studio, panoramic studio, etc. The lighting configuration methods are different. Generally, the main light source is designed in front of the camera in the lighting of the studio, because the light is projected on the subject. The lamp position is adjusted on-site according to the appearance characteristics of the character. For example, if the facial contour of the character is not obvious, the lamp position can be appropriately raised to make the eyes, nose, and jaw of the character appear a certain shadow, and increase the facial texture of the character. If the character’s face is thin, the key light layout should be lowered appropriately. 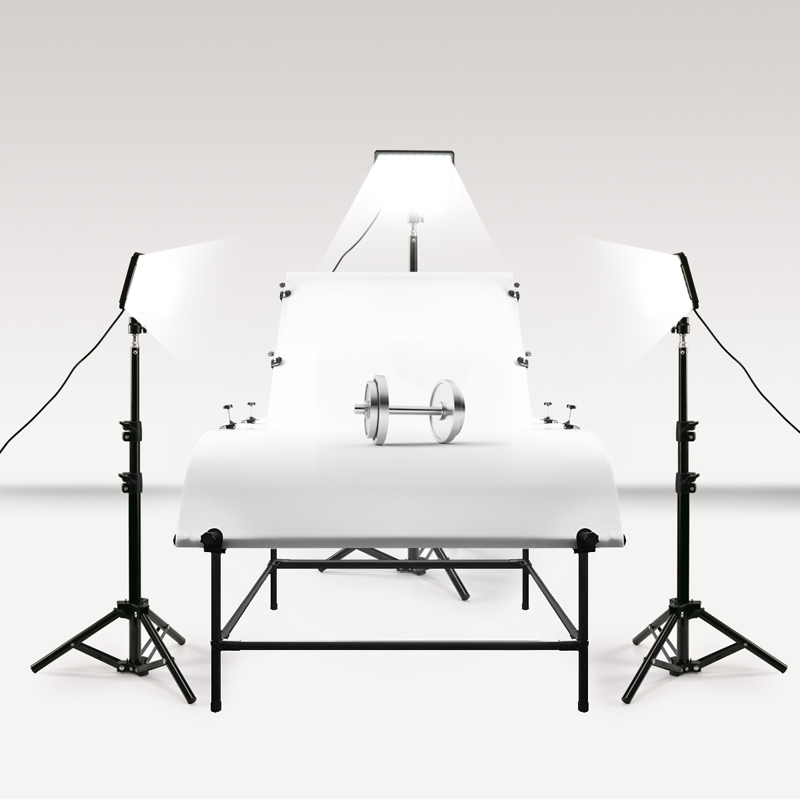 The three-point lighting is composed of three parts: main light, backlight, and auxiliary light to express the theme. The position of the backlight can be changed at will. The backlight can be a light on the front and back, or one or two backlights on the side and back.

Multi-primary light distribution can show the main light source to various positions of the camera.

First use lights to brighten the studio area to avoid underexposure. The TV studio lighting uses a soft frontal lighting method to shoot the characters clearly, but the effect is relatively flat. If the soft light is projected from one side instead of the balanced distribution of full lighting, the basic shape of the characters will be improved. Adding back light lighting will increase the character shape, especially when shooting from an oblique angle, this effect is very obvious.

For the overall lighting, the basic lighting is first (called universal illuminance in TV, this illuminance is 800～1500lx) so that the color of the camera can be basically reproduced, and then three-point lighting (multiple main light, multiple backlight, multiple auxiliary Light). The illuminance of multiple main lights should be consistent, as are the backlight and auxiliary lights. Similarly, the tones of the images captured by the camera at the designated location should be basically the same.