Lighting is one of the single most important aspects of any video production. If you’re shooting something like a news report and viewers are looking at an image that’s either way too dark or way too bright, you’ll just annoy your audience instead of pulling them into the story being read even if you have the best host in the world.
This is one specific use, but no matter what your video production is, you have to prioritize the lighting. So, where do you start? This guide will take you through the key considerations for choosing studio lighting in an effort to create a professional, engaging product for your audience.

First, we’ll discuss the types of light you should consider when setting up your studio. There is an eclectic variety of lights available on the market, but when it comes to video production and broadcasting, there are three particularly beneficial options: tungsten lights, fluorescent lights, and LED lights.

Tungsten lights commonly go by the name of “hot lights” due to the immense heat that emanates from them. Due to this fact, they can be quite dangerous if you aren’t properly handling them. Be very careful when handling tungsten lights so you don’t burn yourself, someone else, or cause a fire to erupt on set.
Despite the safety concerns, tungsten lights are an effective means of producing a source of warm light. Tungsten lights are best used for video production instead of photography, though they can sometimes be effectively used for the ladder under certain conditions. They aren’t the best option for photographing people specifically because of one key factor—they don’t produce the right amount of power for doing so.

LED lights require less power to operate than tungsten lights, and similar to fluorescent lights, they emit much less heat. Additionally, in many ways, you get the best of both worlds because you can adjust these lights to be cooler or warmer depending on what your production calls for. They also provide you with a wide range of display options that include panel, spot, and flood. LED lights are the most diverse options out of the three choices, so although it’s third on the list, they should be the first consideration for your set. 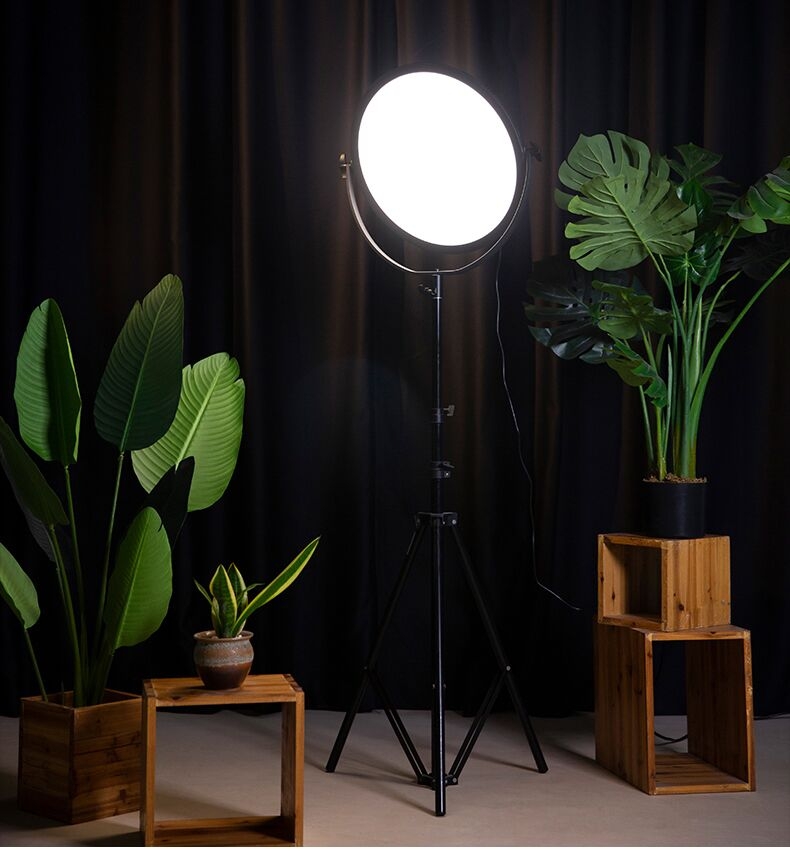